Genital Herpes Symptoms: What To Look Out For

These genital herpes symptoms start out with just an itch, and before you know it, blisters have formed in your genital area. At first you're not quite sure how you got them, let alone know what to do with them.

But before you dismiss them as some other kind of infection, you must know that most people who were diagnosed with genital herpes had no idea of how they even got the infection; you might even be one of them.

And let’s face it, getting a genital herpes infection isn't quite something one would look forward to having. Genital herpes symptoms are something that people rarely talk about, if they even try.

The following are the genital herpes symptoms that you need to look out for if you suspect that you (or your partner) may have the infection: 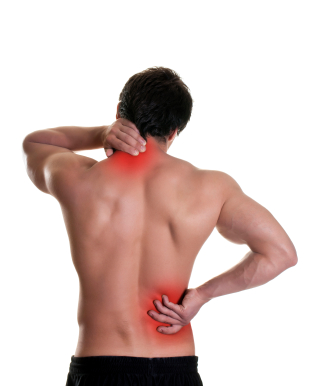 Although the occurrence of backaches in genital herpes is a fairly uncommon symptom of the infection, it may still occur because of the location in which the virus remains dormant, which is in the nerves of the sacral / hip region.

Dysuria is a condition when one has difficulty urinating. Genital herpes symptoms in some cases may cause urethral infection because the location it infects is in close proximity to the urethra: the passageway in which urine exits the body. If this happens, dysuria or pain while urinating may occur. This manifests as a burning sensation during urination.

Pain associated with genital herpes symptoms is not one of impending doom, but it still is pain, and can sometimes prove to be uncomfortable, annoying, and inconvenient. The pain usually occurs on the location where the bump, lesion, or sore has appeared or erupted. The pain may persist even a few days after the sore has already healed.

Flu-like symptoms that occur with a bout of genital herpes infection include: fever, a general feeling of being unwell (malaise), chills, being very easily tired, sore throat, and even cough. Sometimes, these symptoms are often taken for granted or simply put aside.

Some of these symptoms could even be found in a whole myriad of other infections. However, if you’d had unprotected sex and these symptoms occurred a few days later, then you should probably consider genital herpes as a possible diagnosis.

Included in the primary genital herpes symptoms is the appearance of blisters. Blisters due to genital herpes generally appear on the area where an itch is felt a few days prior to its appearance. These blisters will eventually turn into sores that will, after a few days, dry out and scab. For women, blisters may also occur in other genital infections. However, note that the blisters in genital herpes appear small and occur in groups.

They may also occur in other body parts aside from the genitals.

Here are some steps that you can do if you suspect you (or your partner) may have genital herpes:

In the meantime, increase your knowledge about herpes by doing some research. Reading a few pages of this website is a good place to start. That way, you can make informed decisions about your health and lifestyle moving forward.

Back to Symptoms of Herpes

Back to Happy With Herpes homepage

Do you have Herpes?